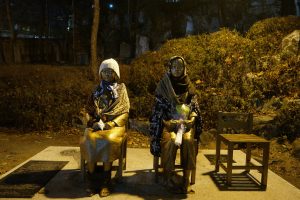 Setting out to take over Asia in the years preceding World War II, the Japanese Imperial army sought to give the best possible conditions, including free sex, for their army which was primarily male. In contrast to the way of geisha escorts, comfort women were only used purposely for sexual activities and not for companionship. See https://taskandpurpose.com/much-may-think-know-korean-comfort-women-wrong/. Originally, these women were from the ranks of legal sex workers in Japan, however, when the demand for these women surpassed the supply, the expectation of Japan for readily available military sex soared.

As the army stretched out to various areas of Asia, the Japanese government had to meet the needs of its army so they started enticing women from Korea, China and the Philippines into forced sex slavery. Government-sanctioned institutionalized slavery, trafficking, violence, and other appalling offence against women all over Asia grew to be just part of the infamous list of Japan’s war crimes.

Korean women in Japan, for instance, were frequently told they were bound for work as orderlies and medical assistants while others were told that they were going to work in restaurants and factories. Because of their challenging economic situations, the women consented or were indenture by their own families, oblivious of the fact that they were being trafficked for their bodies. 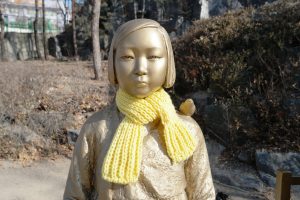 “Comfort” was an indirect word for sex, and the implication that “comfort women” were voluntary participants. Throughout the initial stages of the government’s movement to satisfy their Japanese servicemen sexually, legal prostitution was the primary option. But, the need for women quickly went over the approved supply. Almost immediately, trafficking turned into a common way of filling comfort stations with women and underage girls to meet this particular need of Japan’s enormous military presence in Korea, China, the Philippines, and other parts of Southeast Asia.

The power of writing recorded reports and stories of what life was like for comfort women prior to, during, and subsequent to the 1930s and 1940s exposed the realities of women losing their independence, their bodies, and frequently their own lives. How the country treated the women during the World War II are left at an tremendously controversial risk to the country’s current diplomacy with South Korea.